Top-Rated Attractive Places in Hanoi and nearby areas

For many visitors to Vietnam’s capital, the major attraction is strolling the streets of the city’s ancient core. This labyrinthine quarter of narrow alleys is the commercial heartbeat of town and has a history that stretches back 1,000 years.

It’s a delightfully dilapidated place, where the odd piece of medieval era architecture has managed to cling on within the modern hubbub of whizzing motorbikes, street vendors, and pulsating commerce.

If you look up while you’re wandering, the area has plenty of vernacular shophouse architecture, where merchants would traditionally live above their shops in very long but narrow two-storey dwellings, squeezed together on the alleyway rows. The backstreets here are a great opportunity to soak up the buzz of Hanoi street life.

As well as there being plenty of street food on offer and lots of pavement vendors selling fruits and vegetables, there are also stalls selling traditional medicines and Buddhist religious trappings.

A relic of French Colonial rule, right in the heart of the old town quarter, St. Joseph’s Cathedral (Nha Tho Street) was built in 1886 and is a fine example of neo-Gothic architectural style. The façade is intricately decorated, with two bell towers, while inside are some delicate stained glass window details. The main entrance is kept locked except for mass. At other times, you can access the interior of the church from the back through the offices for the Diocese of Hanoi.

Hanoi’s most well-known landmark is tranquil Hoan Kiem Lake, nestled just on the southern edge of the old town quarter. The major tourist attraction upon the lake is the small island (reached by a red bridge) that holds Ngoc Son Temple, dedicated to three grand figures from Vietnamese history: La To (revered as a patron saint of physicians); the renowned scholar Van Xuong; and the 13th-century general Tran Hung Dao, who fought against the invading Mongol army.

Another tiny island on the southern section of the lake holds the stocky Turtle Tower – best viewed from the bridge.

The city’s most interesting religious building is this beautiful and incredibly peaceful Confucian temple, originally built as a university in the 11th century. Today, the Temple of Literature stands as a tribute to the nation’s scholars.

It was here, in the medieval era, that the philosophy of Confucianism and literature was taught, and near the entranceway, you can still see the names of students who studied here, etched into a series of pillars. Inside, a series of manicured gardens lead to pavilions and a well-preserved pagoda where a statue of Confucius sits.

A must for museum fans and history lovers, Hanoi’s Vietnam Museum of Ethnology houses the extensive national collection and tells the story of Vietnam’s diverse cultures in a series of excellently well-curated exhibits. Here, the huge number of ethnic minorities who call Vietnam home are highlighted with beautiful displays of artifacts and art that showcase wooden carving, metalwork, and traditional costumes.

The garden area outside the main building holds some of the most interesting exhibits. Here, you can see the rural dwellings used by different ethnic minorities across Vietnam, as well as the fascinating Giarai tomb.

Built by the French colonial government in the late 19th century, Hoa Lo Prison Museum was originally used to harbor Vietnamese revolutionaries and any dissidents of the French rule. For many foreign visitors though, it’s better known as the prison where American POWs were held during the Vietnam War. The most famous foreign ex-resident of the prison is John McCain.

The prison grounds contain the communal jail cells, solitary cells, and courtyard, and the guillotine used by the French is also on display. There is a plethora of information here on Vietnam’s long battle against France’s colonial rule that details the brutal regime prisoners here were kept under.

Two rooms also tell the story of the American POWs held here, with a video documenting their imprisonment and eventual release along with personal mementos of the prisoners.

Hanoi’s water puppet shows are a great way to sample traditional Vietnamese artistry and entertainment and are an excellent evening activity if you have children in tow. This ancient art form first evolved in Vietnam’s rural areas during the months of the monsoon paddy field flooding, and today, it is now mostly performed in custom-made water pools rather than outside.

Art lovers and museum fans definitely need to make a pit stop at this museum that holds a collection of Vietnamese artistry from the prehistoric age right up to the country’s contemporary artists.

Some of the treasures on display here include terracotta and stone sculptures dating from the Tran Dynasty and Champa Dynasty, Buddha statues from the Mac and Le Dynasties, and the intricate statues of the goddess Guan Yin. There is also an extensive collection of 11th- and 12th-century ceramic work and a substantial gallery devoted to folk art.

Although it may not look like much at first, Hanoi’s Imperial Citadel area was once the vital seat of military power here, and continued in an important strategic role right up to the 1960s and the Vietnam War.

The site achieved UNESCO World Heritage Site recognition in 2010 for its long role in Hanoi’s past, and the area’s 1,000 years of history are highlighted by archaeological work that has unearthed the foundations of various palaces that once stood on this spot. There’s also a bunker here that dates from the Vietnam War where military maps and implements are displayed.

Take in the City Views at West Lake

9. Take in the City Views at West Lake 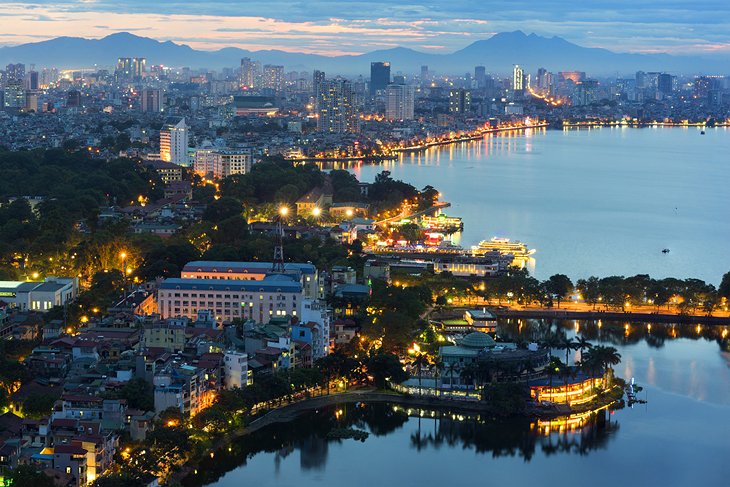 Many locals come here to exercise by walking or cycling the pathway that rings the shore, but there’s also two interesting temples in the vicinity.

Tay Ho Pagoda is exceedingly pretty and dedicated to the mother goddess and Tran Quoc Pagoda is one of the oldest still-standing temples in Vietnam (although it has been rebuilt several times).

For most travelers, West Lake is a great place to get a skyline view of new Hanoi, as well as to feast on fresh seafood at one of the many restaurants that sit close to the shore. West Lake lies off Thuy Khue Street.

Hạ Long Bay or Halong Bay is a UNESCO World Heritage Site and popular travel destination in Quảng Ninh Province, Vietnam. The name Hạ Long means “descending dragon”. Administratively, the bay belongs to Hạ Long city, Cẩm Phả city, and is a part of Vân Đồn District. The bay features thousands of limestone karsts and isles in various shapes and sizes. Ha Long Bay is a center of a larger zone which includes Bai Tu Long Bay to the northeast, and Cát Bà Island to the southwest. These larger zones share a similar geological, geographical, geomorphological, climate, and cultural characters.

Situated near the southern margin of the Red River Delta, the Trang An Landscape Complex is a spectacular landscape of limestone karst peaks permeated with valleys, many of them partly submerged and surrounded by steep, almost vertical cliffs. Exploration of caves at different altitudes has revealed archaeological traces of human activity over a continuous period of more than 30,000 years. They illustrate the occupation of these mountains by seasonal hunter-gatherers and how they adapted to major climatic and environmental changes, especially the repeated inundation of the landscape by the sea after the last ice age. The story of human occupation continues through the Neolithic and Bronze Ages to the historical era. Hoa Lu, the ancient capital of Viet Nam, was strategically established here in the 10th and 11th centuries AD. The property also contains temples, pagodas, paddy-fields and small villages.

Sapa, the town in the mist of the northwest highlands of Vietnam, is proud of a long list of worth-visiting Sapa attractions . Here, you can climb the immense terraced fields layered following the hillsides in the gently sloping Muong Hoa valley, spend the night on the mist-covered hills, attend the bustling highland markets at the foot of the mountain, conquering Fansipan mountain – the roof of Indochina in the sunset, or experience local culture in ethnic minority villages. All will bring unique experiences that are hard-to-find anywhere else. 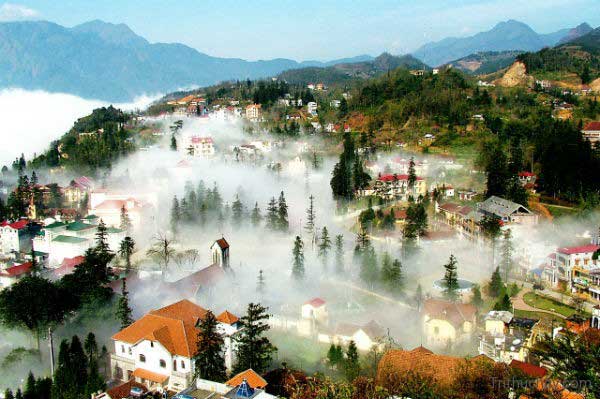 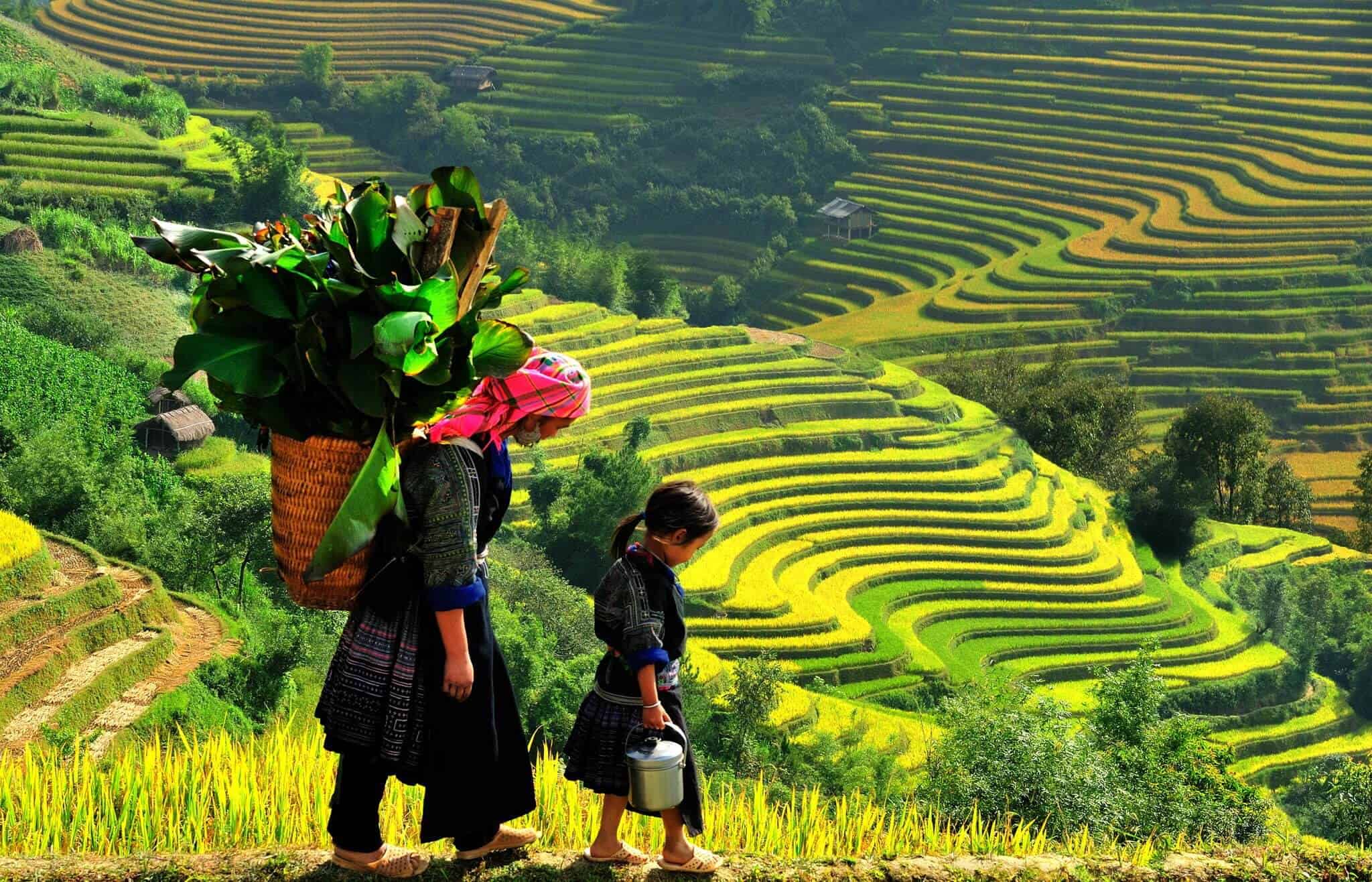 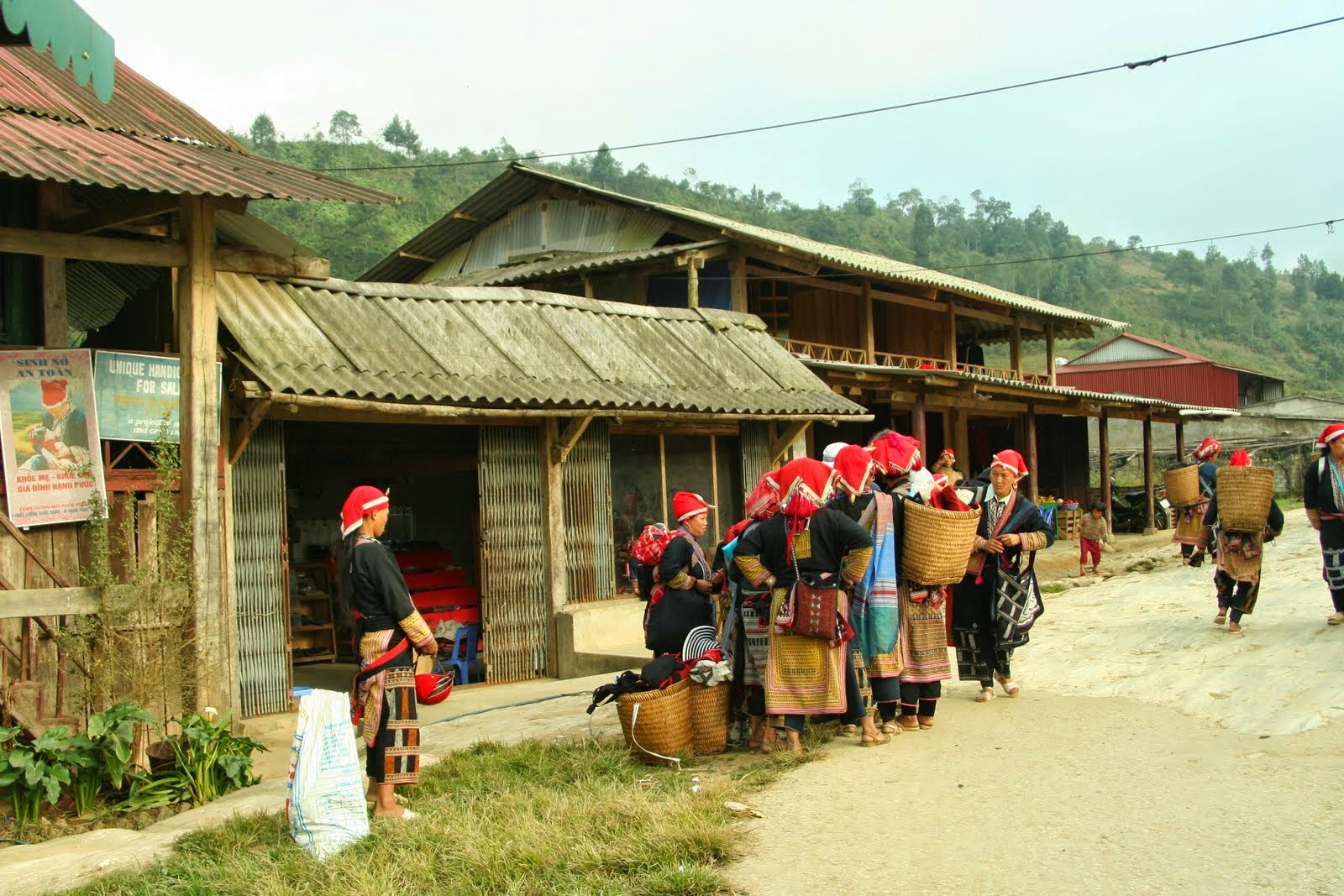 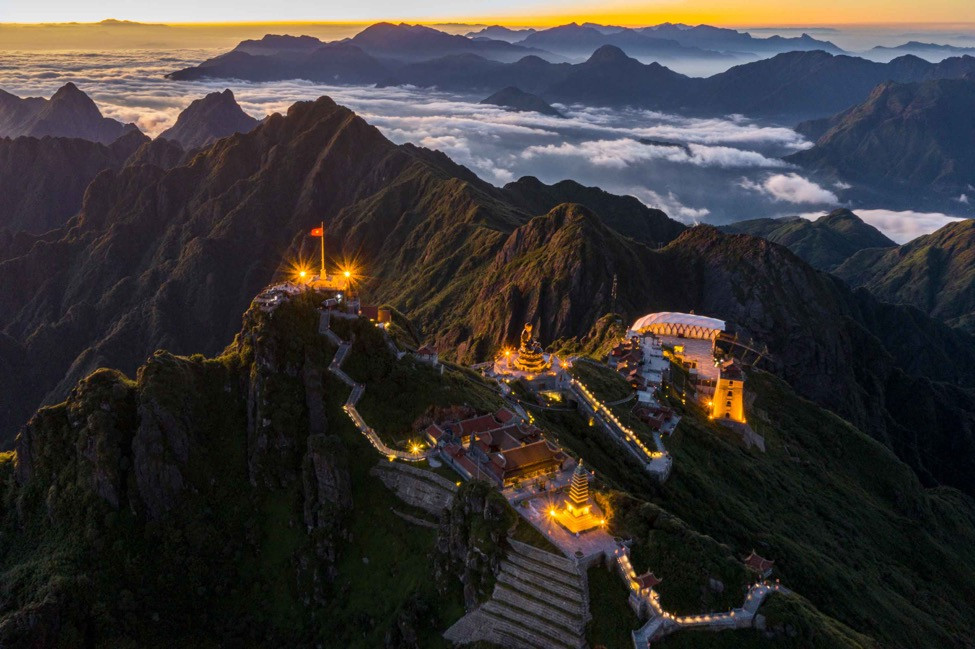